As we have seen the derivative of a function can be interpreted graphically as the slope of the function. This interpretation leads to methods for computing the derivative numerically. Numerical differentiation must be performed when we do not have the function represented as a formula that can be differentiated using the rules presented in Section 8.1. Two major types of applications require numerical differentiation. In the first type, data has been collected and must’ be analyzed afterward using post processing to find rates of change. In the second type, the rates must be estimated in real time as the measurements are made. This application occurs in control systems. For example, an aircraft autopilot needs to estimate the rate of change of pitch angle to control the aircraft properly. Numerical differentiation with post processing can use all of the data and need
not be particularly fast. However, real-time numerical differentiation requires a fast algorithm that can use only the data measured up to the current time. These two requirements place a heavier demand on real-time algorithms as compared to post processing algorithms.

Here we will introduce some simple algorithms for computing the derivative numerically. Consider Figure 8.3-1, which shows three data points that represent a function y(x). Recall that the definition of the derivative is 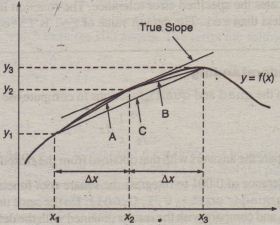 Figure 8.3-1 Illustration of methods for estimating the derivative dy/dx,

the point X2. The correct answer is the slope of the straight line passing through the point (X2, Y2), but we do not have a second point on that line, so we cannot find its slope. Therefore, we must estimate the slope by using nearby data points. One estimate can be obtained from the straight line labeled A in the figure. Its slope is

This is.the slope of the line labeled C, which connects the first and third data points. This estimate of the derivative is called the central difference estimate.

Let us compare the backward difference and central difference methods by considering a sinusoidal signal that is measured 51 times during one half-period. The measurements are in error by a uniformly distributed error between -0.025 and 0.025. Figure 8.3-2 shows the data and the underlying sine curve. The following script file implements the two methods. The results are shown in Figure 8.3-3.
Clearly the central difference method does better in this example. 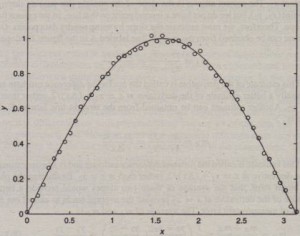 Figure 8.3-2 Measurements of a sine function containing uniformly distributed random errors between -0.025 and 0.025. 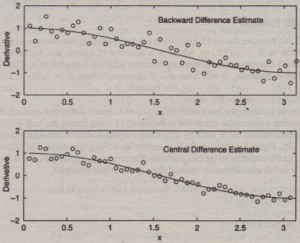 Figure 8.3-3 Comparison of backward difference and central difference methods for the data shown in Figure 8.3-2.

Many more-advanced numerical differentiation procedures have been developed; for example, a central difference method using four points instead of two is commonly used. Some algorithms .are suitable only for post processing, whereas others have been developed specifically for real-time applications. Post processing algorithms are covered in advanced texts dealing with data analysis. Real-time algorithms are covered in signal-processing texts.

Because polynomial derivatives can be obtained from the preceding formula, the polyder function is technically not a numerical differentiation operation. Its syntax has several forms. The basic form is

This form computes the derivatiye of the product of the two polynomials p 1 and p2. The third fonn is

These results can be obtained as follows: 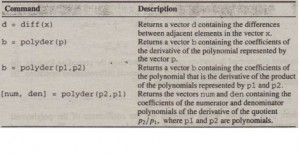