The deflection of a cantilever beam is the distance its end moves in response to a force applied at the end (Figure 5.5-3). The following table gives the deflection x that was produced in a particular beam by the given applied force f. Is there a set of axes (rectilinear.
semilog. or log-log) with which the data plot is a straight line? If so, use that plot to find a functional relation between f and x. 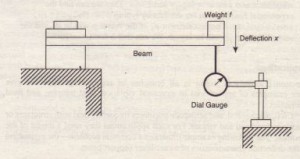 An experiment to measure force and deflection in a cantilever beam. 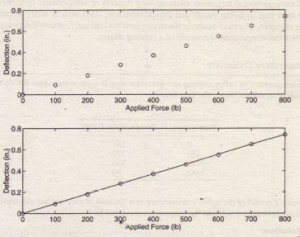 Plots for the cantilever beam example